House of Finance researchers comment on the Brexit vote. 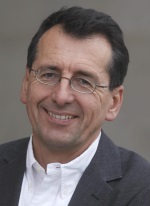 The Brexit vote is a warning signal for the remaining EU. The EU is forced to re-define and re-position itself, for example via a constitutional convention. It has to look for a new "bearing point" that can give orientation on the path e.g. towards a closer union. Such a bearing point could be an "avant-garde model": a couple of countries joining closer in selected policy areas, e.g. within the framework of a clever designed two-tier federal state model with a democratically legitimized top which, however, should only have highly restricted rights and budgetary sovereignty. Other models are conceivable, too – the crucial point is that we need a serious attempt to define a new common objective. Financial markets can serve as a role model as "more Europe" has already been implemented via the banking union. Short-term, we will see enormous instability on financial markets until all important institutions have re-positioned themselves. The Brexit vote is a serious test of the banking union whose peak will probably only come next week. I am confident, however, that financial institutions, central banks and regulatory authorities have taken precautions that help to overcome the shock.

Jan Pieter Krahnen is Professor of Corporate Finance and Director of the Research Center SAFE and the center for Financial Studies. 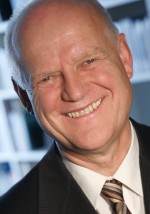 The result of the referendum in the United Kingdom is a wakening call. All decision makers in the European Union and its member states are called to immediately embark on fundamental reforms of the constitution of the (remaining) Union. "Carry on as before" or "more of the same" are no convincing strategies. Above all, the widespread mechanism has to come to an end that politicians decide on measures on the European level and afterwards, when these are being implemented, they hold the "bad" bureaucrats in Brussels responsible for them. Also the media likes to blame "Brussels" for all negative outcomes while the great achievements of the European Union are nearly mentioned at all. Now, we need an open and – if necessary, controversal – discussion on how a future federal state on the European level should look like. In any case, it should dispose of a strong head which is capable to act while leaving the highest possible autonomy to countries and regions. Its bodies have to be directly democratically legitimized including elements of direct codetermination of the people in factual questions.

Helmut Siekmann is Professor of Money, Currency and Central Bank Law at the Institute for Monetary and Financial Stability. 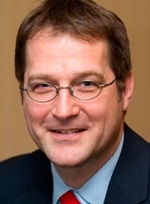 The European Union without Britain would not be a European Union. It would lose a significant part of Europe and an essential cornerstone of the post-war European peace project. The narrow Brexit vote need not be a final decision on UK membership, but it is a wake-up call to all European partners and European leaders. There is room and there is time for second thoughts, new resolutions and making up. It would be a big mistake for the other members to react with childish disappointment: "If you want to leave us, go ahead." Rather, we have to acknowledge that many European citizens, not only in Britain, desire substantial sovereignty at the national level. The expression of national identity and the desire for self-determination cannot be satisfied with football competitions alone. Rather than mechanically calling for ever closer integration, and expecting every crisis to lead automatically to "more Europe" aka "more transfer of sovereignty to supra-national institutions", we need to think carefully about how to re-calibrate European institutions such that they achieve the right balance of supra-national powers and national sovereignty. For the euro area this means, for example, that we need to ensure that domestic fiscal sovereignty can coexist with a stable monetary union.