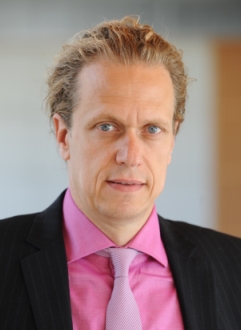 Christian Leuz, Joseph Sondheimer Professor of International Economics, Finance and Accounting at the University of Chicago Booth School of Business, has been awarded the Humboldt Research Award. Leuz is a leading scholar in the field of capital market regulation and accounting transparency. The Humboldt Research Award is granted by the Alexander von Humboldt Foundation, in recognition of a researcher's entire achievements to date to academics whose fundamental discoveries, new theories, or insights have had a significant impact on their own discipline and who are expected to continue producing cutting-edge achievements in the future.

The award will enable Christian Leuz to spend several months during the academic year 2012/2013 at Goethe University in Frankfurt, where he had earned his doctorate degree in 1996 and a habilitation (German postdoctoral lecture qualification) in 2000. In cooperation with researchers from the Center for Financial Studies and the House of Finance, Leuz will do research and also support Goethe University in its efforts to establish an “Empirical Accounting and Finance Group“ whose objective is to considerably influence the academic, regulatory, and practicing worlds of financial reporting in Europe.

Christian Leuz has accumulated an impressive body of research on the role of corporate disclosures, accounting transparency and disclosure regulation in capital markets and in corporate financing. His study on the U.S. OTC market, co-authored by Brian Bushee, is one of the first to provide evidence on the existence of disclosure externalities, which are commonly viewed as a justification for regulation. Leuz was one of two economists who were asked by the Financial Accounting Standards Board to produce an independent research report on the pros and cons of adopting International Financial Reporting Standards (IFRS) in the United States. In one of his latest studies, he looks at the economic consequences of securities regulation in the EU context.

Christian Leuz is one of the most frequently cited authors in the field of finance and accounting, and he has won several awards and prizes, including the 2010 Notable Contribution Award and the 2011 AAA/Deloitte Wildman Medal for his work on international accounting.